Member of the British Aikido Board 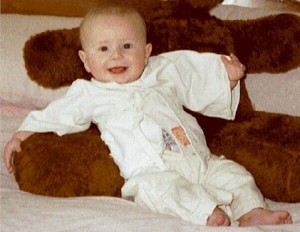 Paul found out his girlfriend was pregnant at Auschwitz, while the Aikido club was on a trip to poland in 2002. I was a great celebration that evening. Lots of Polish Vodka. 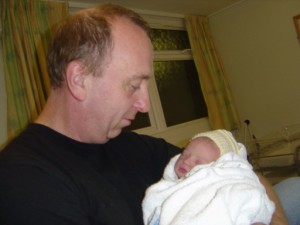 Paul Dobson and his son Sammy 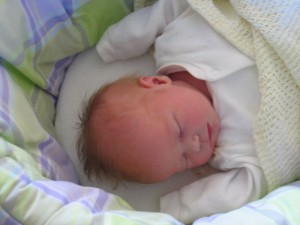 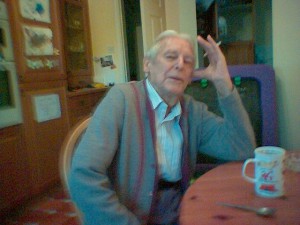 Alfred Billett 1920 – 2005, My Father was quite sad to miss the last parties both the Firework and Wine Tasting, He often asked my about what was going on at the clubs during my daily telephone calls, This picture was taken Xmas 2004. 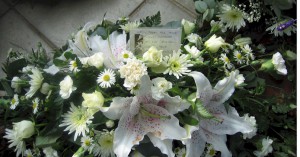 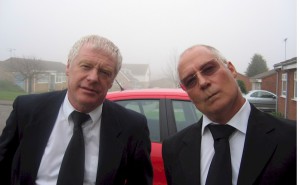 Steve Billett and Keith Burton looking like the ‘Men in Black’. Keith had been like a son too both my Mum and Dad, because he was always about at meal times and after training. Its times like these that we find out who our true friends are.